Check out what some people in the industry have to say about our performances.

This Scottish band was formed in 2012, drawing on professional and amateur musicians in and around the Edinburgh area. They all have a strong tradition in the Edinburgh/Scottish jazz scene from the 1950s onwards. They play a mixture of traditional jazz that will please those that are at home with the New Orleans-style or the Chicago of the 1940s…more’ 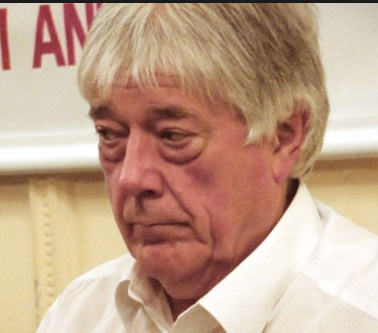 Peter Lay
JUST JAZZ MAGAZINE
‘It isn’t every day I receive a press release about a new traditional jazz recording partly written in Scots, but that’s what arrived with a copy of the New Phoenix jazz Band’s recent album. You have to understand that the New Phoenix band, which undertakes to capture the energy and spirit of early 20th century jazz without succumbing to slavish recreation, was founded by bassist Jerry Forde, whose father Iain W D Forde, the outfit’s drummer, has been about the Scottish jazz scene since the late 1950s, and is also a ground-breaking writer in Scots, having published a pioneering contemporary novel in uncompromising Scots prose, The Paix Machine, back in 1996…more’
Jim Gilchrist
THE SCOTSMAN
‘As Chairman of Ayr Jazz Club, it is always a pleasure to welcome The New Phoenix Jazz Band to our club. Their particular brand of music along with a varied programme interacts perfectly with what might be described as our normal New Orleans evenings. Although there have been some changes in personnel over the years, the exciting and professional reedsmen, Martin Foster and Dick Lee, now joined by Lorne Cowieson on trumpet, provide an entertaining and amusing scenario. Supported by Phil Adams, Jerry Forde and Jack Wilson the whole performance is topped by the imaginative singing of Christine Adams and makes for a wonderful occasion.
Stuart McLean
AYR JAZZ CLUB
Scroll to Top